I went to Goodwill yesterday, and let’s just say that I went a little crazy. There were a lot of employees that I had never seen before, and they were all stocking the racks with new merchandise. I usually like to go through EVERYTHING, but after going through just my favorite sections (sweaters, dresses, anything lace) I had a full cart. Not just full, but overflowing. Granted, I was sharing the cart with my sister, but the damage was mostly done by me! Unfortunately, some of the items didn’t fit me, or they had hidden rips. Here’s what I did end up getting! 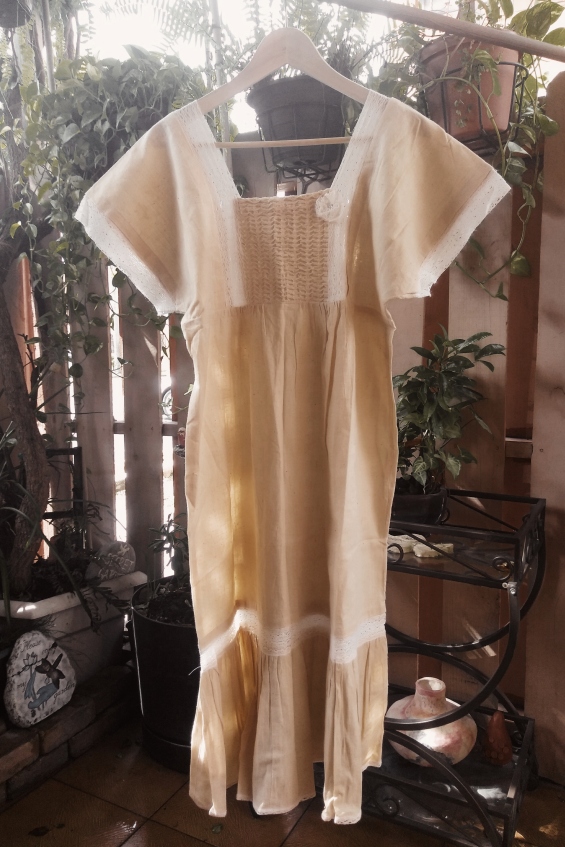 This dress seems to be handmade, and I fell in love with the sleeves and the ruffles at the bottom. It gives me intense cottage vibes! 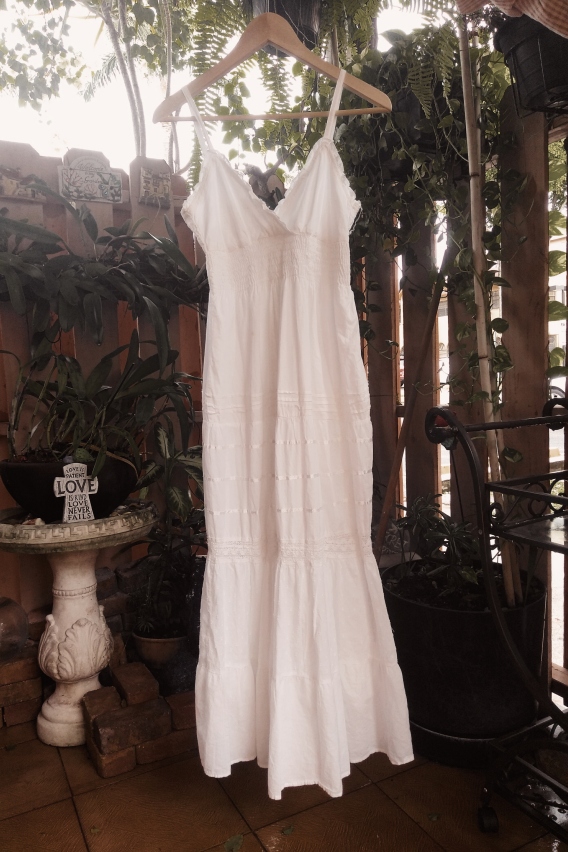 I had another dress that was extremely similar to this one in my cart, but I ended up choosing this one because it fit me much better. I also adore the volume it has at the bottom! 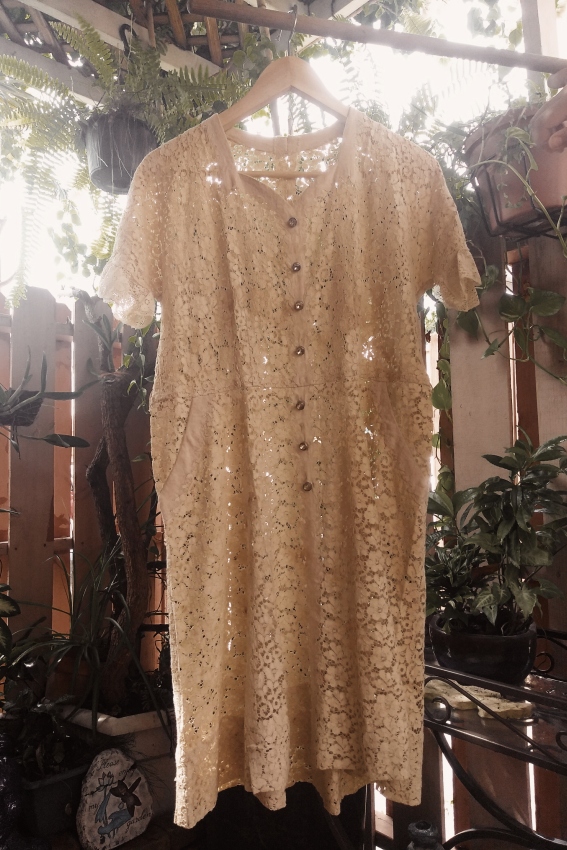 This is another dress that seems to be handmade. I found it right next to the first one, actually! This is going to be a bit of a restoration project for me. It has a lot of discoloration and several stains, and I absolutely hate the buttons (they’re tacky rhinestones). I’m planning to buy special soap to clean it with, as well as new buttons. I’ll definitely make a post to describe the process!

2. Pants and a skirt worthy of wanders in the woods 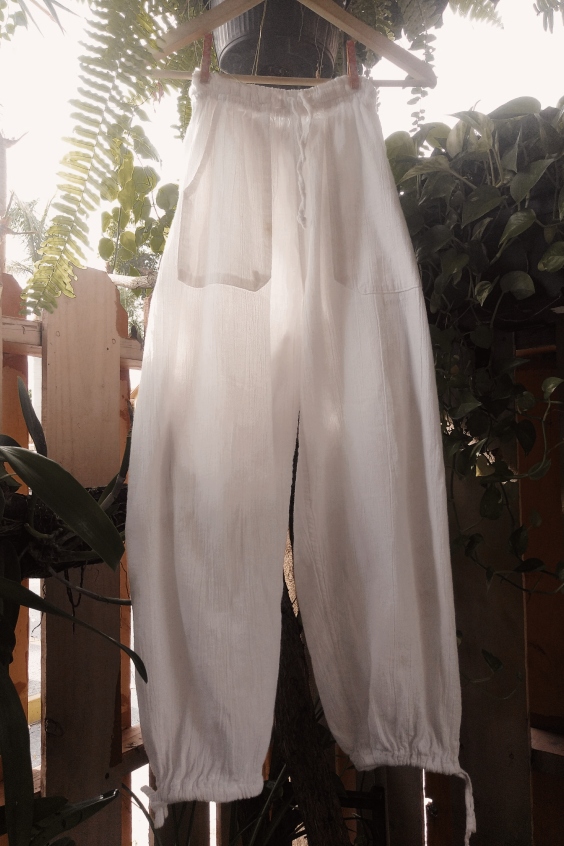 These pants are my version of Victorian bloomers! I wanted something that had a silhouette reminiscent of them, without looking like they were straight out of the 19th century. 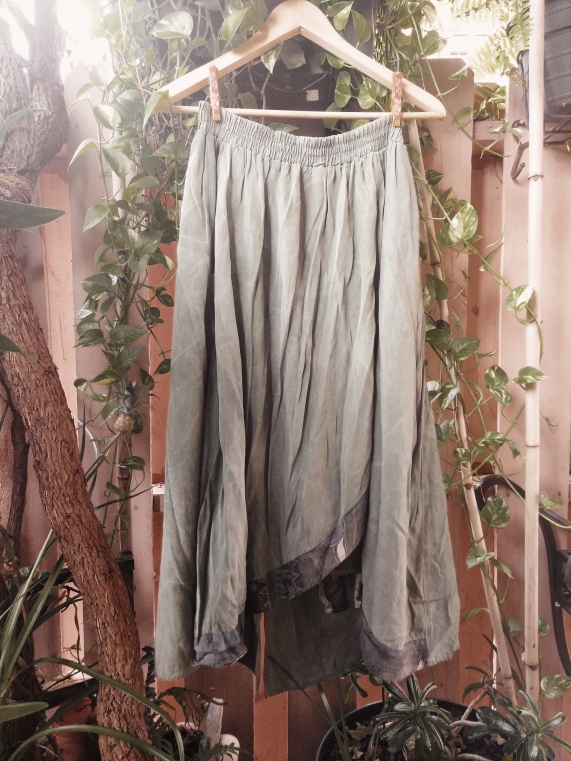 This was the piece that I was most hesitant to take home, despite the fact that I shrieked a little when I saw it. I found it at the end of one of the racks, and I swear I had visions of some sort of garden photo shoot in my head. However, with some encouragement on my sister’s part, it made it into my haul! It also helped that it was one of the cheapest items. 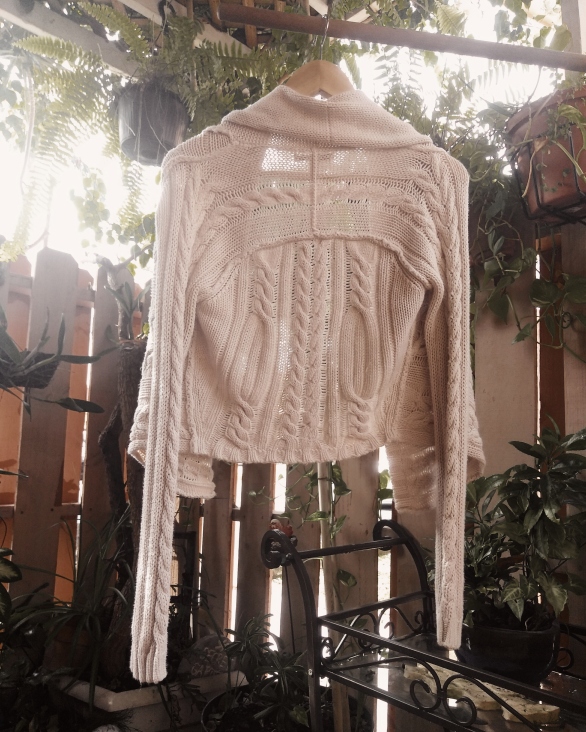 The first thing that my sister said about this sweater was, “Don’t you already own that??” To which I replied, “But not in this color!!!” It had a long, loose thread, which was a very easy fix! I’m always shocked to find so many perfectly good sweaters with one small, easily fixable flaw. I wish that more people would take the time to mend their clothing, instead of just immediately throwing it away! 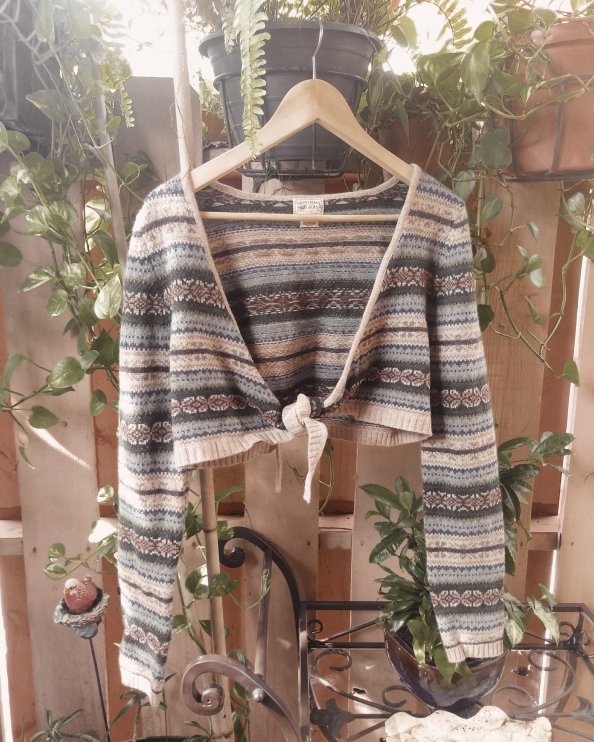 Last but not least, this Ralph Lauren sweater! I absolutely love the pattern on it, and it was brand new! It still had the tags attached (and they read $79).

What do you think of my haul? I’m beyond pleased with it! I had a somewhat stressful week, so it was nice to go out on a bit of a treasure hunt. Let me know what your favorite item is 😊

4 thoughts on “Thrifting my Paycheck Away”